"Unashamedly beautiful, Nicholas White’s choral music makes you think about the function of music and how a composer decides on the rightness of its design. White’s music never cloys.  It’s beautifully crafted, the manner of word-setting stemming very much from the English choral tradition; music that soothes more often than it challenges, while still stimulating the imagination as it nourishes the spirit."  International Record Review ~ June 2007 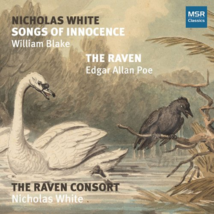 Read about The Raven Consort CD

​Nicholas White’s musical career has evolved over three decades living and working in the United States. He is a Grammy nominated composer and conductor, as well as a versatile organist, pianist and singer with experience in many different styles of music.

Since 2011, Nicholas has held the post of Director of Chapel Music & Organist at St. Paul’s School, Concord, New Hampshire. He lives and works in this bucolic, stimulating, inspiring environment year round, sharing a home with his family and two Cavalier King Charles Spaniels, Smudge and Clover.​​

Summertime provides space in the schedule for compositional activity. Nicholas has seen an increase in this aspect of his work during the last decade, and focuses on the creation of new musical works, preparing them for performances and publication during the upcoming year. The solitude, peace, and inspiration provided by the New Hampshire countryside - and a secluded studio - are key components of a balanced life and career in music.

Read about The Fire And The Rose HERE 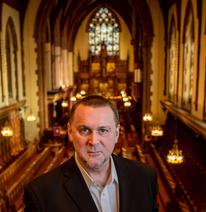